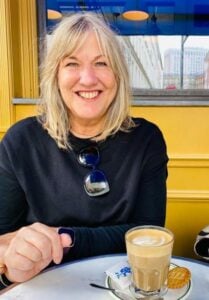 Winslow Art Center, a young and innovative art school established in 2011, is the creation of its owner/director, Martha Jordan.  Originally founded as a brick-and-mortar art studio on Bainbridge Island, 5 miles across Puget Sound from Seattle, Martha’s vision was to offer small and intimate, live multi-day workshops and weekly art classes taught by world class professionals, and to supplement those classes in the Spring and Fall by offering overseas art tours to Italy led by the same instructors.  The school and tours were popular and expanding when the Covid pandemic brought the world, and the Center, to a halt.

Martha, with the help of her daughters Anne and Amy and web designer Kato D, visualized real-time online classes happening over Zoom, putting in long hours to learn the new technologies while convincing instructors and students that distance teaching online could be both viable and rewarding.  Martha’s dedication to helping others use the new online tools thrust upon us has been a major component of Winslow Art Center’s success.  The results have exceeded even Martha’s wildest expectations.  Today the Center offers nearly 80 online classes with instructors recognized as leaders in their chosen media.  Moreover, the Center has graduated from a regional to a truly international school with instructors and students participating from across the United States and around the world.

Perhaps most gratifying, testimonials and feedback demonstrate that the online forum, started as a temporary response to Covid social distancing, is now recognized and appreciated as a new genre of art experience, making participation possible that otherwise might be beyond the physical, financial or time restraints of many.  With the addition of free events, such as short demonstration classes and the popular “Art Chats”, the Winslow Art Center has become the focal point of a vibrant art community providing access to high-quality art education for artists of all levels of skill and commitment.

Born in Alabama, Martha Jordan attended higher education in Paris where she met her husband and followed her passion for art, languages and teaching, eventually graduating with a degree covering all three.  After a hiatus of 6 years, during which Martha and her husband circumnavigated the world in their small sailboat, and a short period living in Montana and New Orleans, the Jordans settled in Seattle in 1989 where they raised three daughters along with a myriad of dogs, cats and other creatures.  Today, Martha and her husband spend most of the year living on an 80-year-old sailing vessel, either in downtown Seattle or nearby Bainbridge Island, with the balance of their time spent with their children and grandchildren in Rome and Copenhagen, or leading art tours in Tuscany and Umbria.

Anne arrived in the world near the end of her parent’s sailing circumnavigation, which may have predestined her for a life of travel and adventure.  By the age of twelve, she was attending school in Mexico, followed by years of living in Nicaragua, Peru and Sweden, primarily supporting herself by teaching.  In 2010, she visited her younger sister, Amy, in Rome and immediately realized she had found her home.  11 years later, Anne has married Simone from an old Roman family and has a very, very Italian daughter, Lizzie.  Fluent in Italian, Anne began working with Martha assisting with translating and organizing art tours to Tuscany and Umbria.  With the onset of the pandemic and the Center’s shift to online teaching, Anne found her niche as the school’s business administrator and website coordinator although she looks forward to once again assisting with art tours to sites around Italy when travel restrictions have lifted.

Like her older sister, Amy was also bitten with the travel bug at an early age.  By the time she, along with the entire Nicaraguan village where she lived, celebrated her “Quinceanera”, she and Anne had already been teaching in the communities’ one room school for a year.  Amy followed this with several years living in Mexico, then Honduras, teaching or as an au pair, before settling in Rome in 2008.  Today, Amy lives in Copenhagen where her Italian husband was posted by his company 5 years ago and where they are raising a very active, and soon to be trilingual son, Benjamin.  Amy works part-time for Winslow Art Center with her focus on publicity and social media.

Kato took to both art and computers from a young age.  After some years as a train dispatcher, she built her first website in 1996 then worked as an artist and designer in Chicago for 20 years. She married a Brit and during the last decade of regular travels between the US and the UK, became an early adopter and proponent of online art classes and distance learning.

Susan earned a BFA from the California State University of San Bernardino and has experience as an exhibiting mixed-media artist, online instructor, photographer, framer, exhibit designer and docent for NASA. She also worked for Daniel Smith, where she learned about a vast array of art materials and supplies.  Susan monitors most of our classes along with Martha and is there to assist instructors and students with Zoom or other online classroom questions or issues that arise.

OFFICE & GALLERY HOURS
Our office and gallery are temporarily closed. Please contact us by phone, text or email.  If you are having technical difficulties at the time of an online class, please phone or text Martha at the number below, she and designated class monitors are on duty to assist during all class hours.  Please join your first class session one half hour early if you have any technical concerns about using Zoom.

Need help with an online group message board?  Check our MESSAGE BOARD HELP

Read more about our CURRENT AND PAST INSTRUCTORS.

Winslow is in the Seattle/Los Angeles Time Zone (Pacific Daylight Time PDT) which is UTC -7.  We are 2 hours behind Chicago, 3 hours behind Eastern Time, 7 hours behind GMT and 8 hours behind British Summer Time.REFUND POLICY: Registration fees for online classes are non-refundable except in the unlikely event a class is canceled. Classes/Workshops that do not meet the minimum size may be canceled, occasionally instructors cancel due to health or other reasons over which Winslow Art Center has no control. Early enrollment helps ensure a class or workshop will run. If Winslow Art Center must cancel a class, all fees will be promptly refunded.

HOW TO PAY BY CHECK
Email martha@winslowartcenter.com to register for a class by check.  Some classes sell out quickly so using Pay Pal or a credit card online or over the phone is the best way to secure your spot.

Unless noted in a course description,  ONLINE CLASSES ARE RECORDED for viewing by enrolled students only.

PHOTOGRAPHY FOR PROMOTIONAL PURPOSES
Winslow Art Center uses photos of classes and workshops in progress to promote our programs. Our photos focus on the class, teacher and work produced.

Message Board Help (Logged-in Only)

Be the first to hear about classes, workshops, exhibitions and events at Winslow Art Center.

Send Us a Message 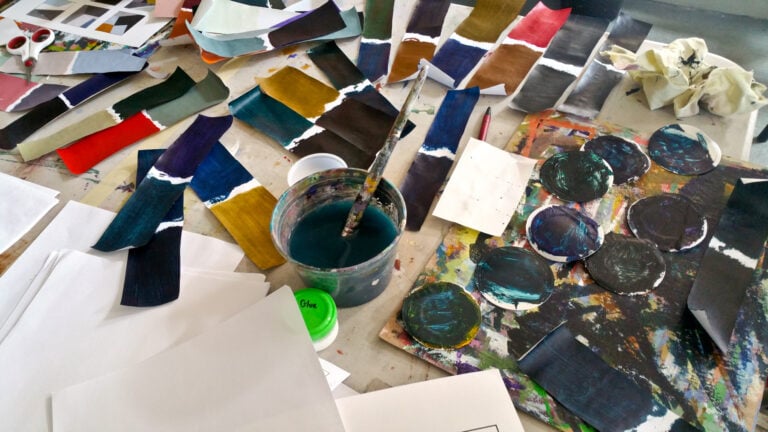 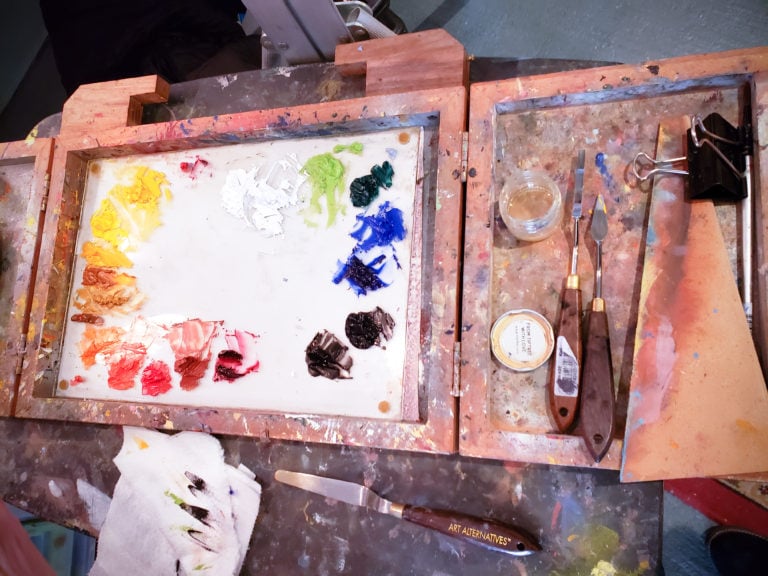 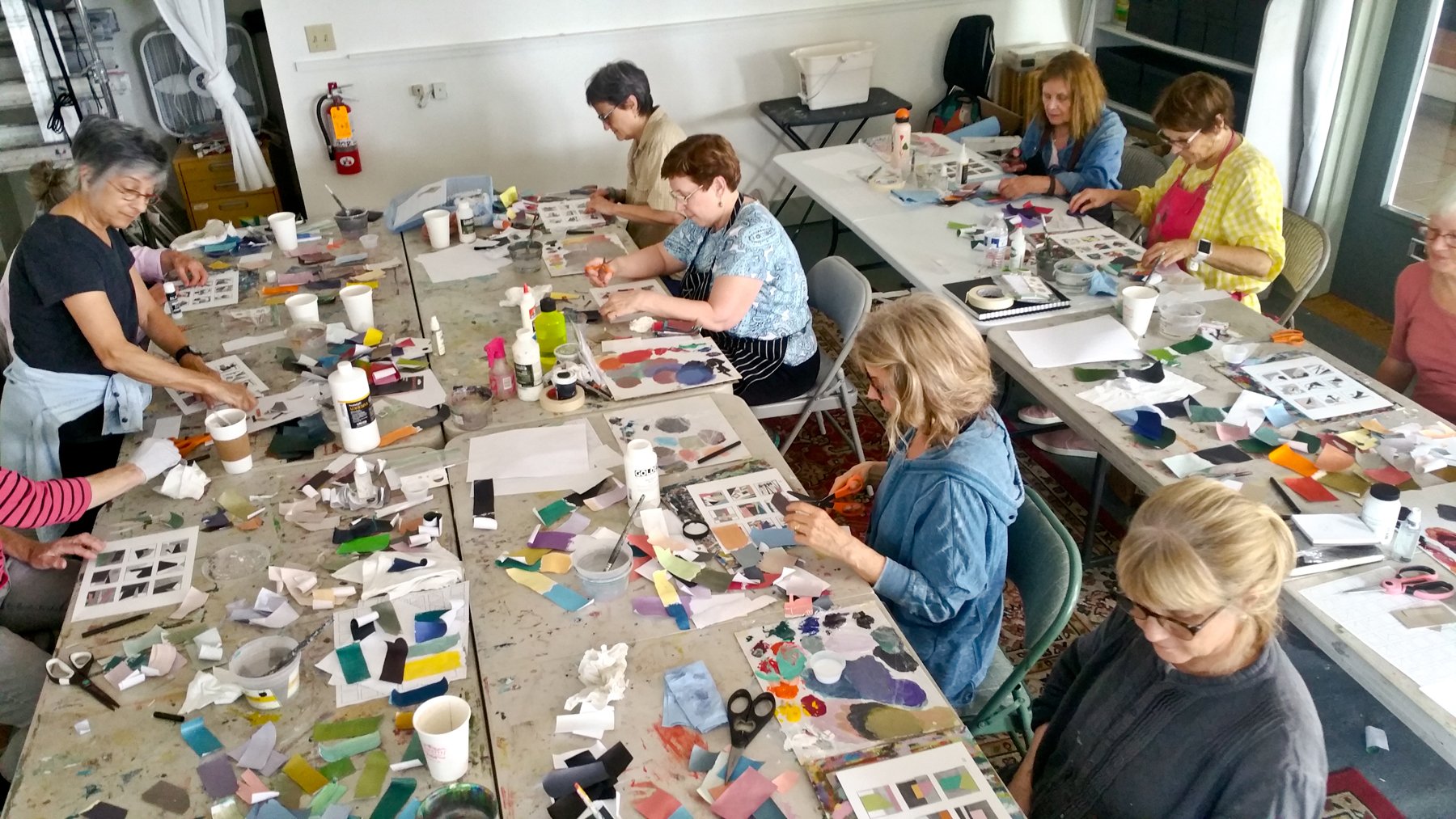